A. Summary of the dispute between Mpande & Hai Phong FC
In March 2021, Hai Phong Football Club (Hai Phong FC) and its Ugandan footballer, Joseph Mbolimbo Mpande (Mpande), were involved in a labor dispute. Due to the impact of the Covid-19 pandemic, Mpande could not fly to Vietnam to play in the V. League for Hai Phong FC because there was no commercial flight. Hai Phong FC then decided to end the contract without Mpande’s agreement. Mpande then took the case to FIFA, requesting salary payment. 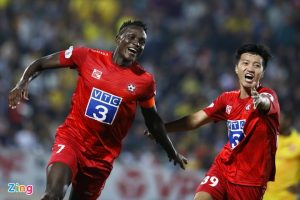 Relevant topic: CONDITION ON AN EMPLOYER TO TERMINATE LABOUR CONTRACT