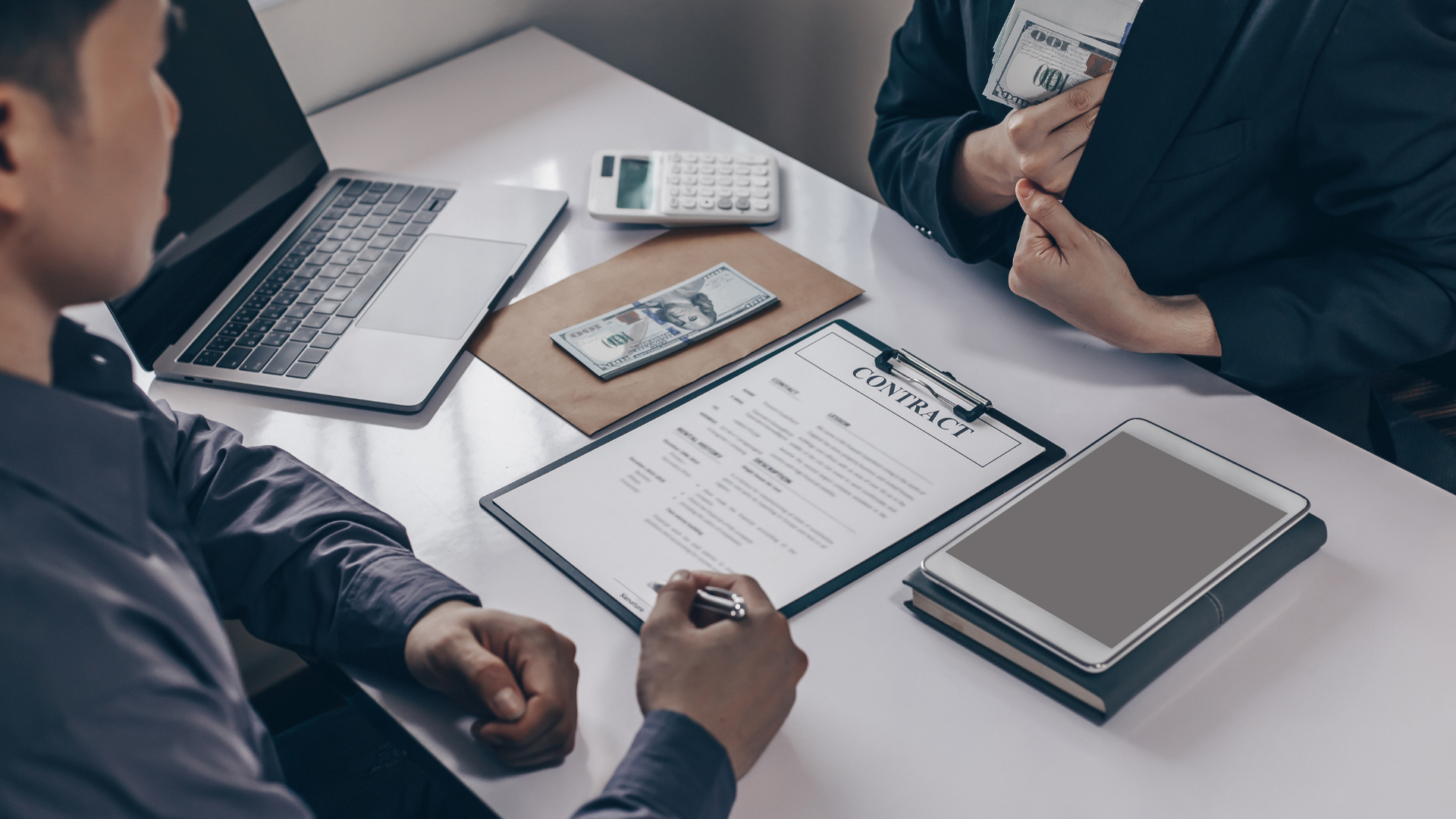 1. WHAT IS A LIQUIDATED DAMAGES CLAUSE?
A liquidated damages clause is a commonly used remedy in commercial contracts to deal with a breach of contract and to allocate risks according to the parties’ commercial intentions. Accordingly, a specific, agreed amount of compensation may be received by one party for damages caused by the other party’s breach of contract.

A liquidated damages clause is widely used in both common law and civil law jurisdictions around the world and in international treaties such as the UNIDROIT Principles of International Commercial Contracts (PICC), the United Nations Convention on Contracts for the International Sale of Goods 1980 (CISG).

This remedy is widely applied in commercial contracts, because it provides specific benefits in terms of dispute resolution in the event of contractual breach.

When a party breaches the contract, in many cases it is very difficult for the aggrieved party to enumerate and prove all the losses it has suffered, especially for reduction in revenue, profit, expected future profit, but for the breach, damages to intangible assets such as intellectual property rights, goodwill, reputation, trade secrets;

The aggrieved party may waste a significant amount of time and effort in gathering evidence for the losses. Expenses such as counsel’s fees may be excluded by the court;

As a result, in a commercial contract, the parties usually agree upon the liquidated damages as a fixed amount, as a specific percentage of the contract value, or by a formula with agreed variables to provide the parties with an easy and quick damages calculation mechanism.

2.2. Disadvantages of the liquidated damages clause

Even though a contract is a voluntary agreement between the parties based on the party autonomy principle, in many cases, a party may abuse its stronger market position, financial strength, commercial advantage, etc. to offer unfavorable terms to the other party. As a result, even a minor infringement can enable a liquidated damages clause and the breaching party may be subject to pay high compensation amount which may be several times larger than the contract value.

The weaker or disadvantaged party, due to a lack of legal knowledge, failure to carefully read the terms of the contract, or just because of its difficult circumstances and position, signs the contract containing an unfavorable liquidated damages clause. These are situations which need legal intervention.

“Circumventing” the regulations on contract penalty

(b) according to Article 266.1 of the Commercial Law 2005, “Traders that provide inspection services must pay penalty to clients if their inspection certificates are inaccurate as a result of their accidental errors. The parties may seek agreement upon the amount of penalty but not exceeding 10 times of the assessment service charge”;

(c) Similarly, according to Article 146.2 of the Law on Construction 2014, “for construction works using state capital, the penalty for a breach of contract shall not exceed 12% of the value of the breached contractual obligation”;

The penalty clause is set out as a deterrent purpose. Meanwhile, a compensation clause aims to compensate for loss and to restore the damage which has occurred. Presumably, the legislators decided to limit the penalty rate in order to prevent the above-mentioned abuse by unfair negotiation and illegitimate profiteering;
However, in practice, the distinction between a penalty clause and a liquidated damages clause is unclear and blurred. They are both (i) pre-breach agreements, (ii) only applicable for breach of contract, and (iii) the breaching party is required to pay the aggrieved party a fixed amount of compensation regardless of the actual damage occurred;
In many commercial contracts, the drafting party can certainly circumvent the limitation of a penalty clause by applying a liquidated damages clause. As a result, the regulations on the limit of penalty rate are rendered useless.
3. REGULATIONS ON DAMAGES ACCORDING TO VIETNAMESE LAWS
Current Vietnamese laws, including both legislation and precedents, do not provide a clear and proper concept of liquidated damages.

Civil transactions: Article 360 of Civil Code 2015 stipulates that In case there is damage caused by breach of contractual obligation, the obligor must compensate for all damage, unless otherwise agreed or otherwise provided by law. Thus, in civil transactions, the liquidated damages clause is legal.

4.1. Decision on cassation review No. 15/2016/KDTM-GDT dated September 7, 2016 of the SPC (dispute between Technical and Service Joint Stock Company A and Company B)

According to the contract signed in 2007, Technical and Service Joint Stock Company A (“Company A”) provided the 3B bidding package “Electrical Services” for the project invested by Company H, Company B was the main contractor. The contract value was about 5.1 million USD; the expected completion date of the project was in May 2008. In case of failure of the completion time, Company A must pay the investor for losses caused by this error, which is equivalent to 5% of the contract value;

Company A completed the project 288 days behind schedule; Company B made late payments which were not in line with the contract;

Among other requirements, Company A required Company B to pay the outstanding amount. Company B argued that Company A had violated the construction schedule, so it should be liable for the compensation amount equivalent to 5% of the contract value, this amount would be offset against the payment obligations of Company B;

In other words, the SPC considered the liquidated damages clause as a penalty clause and therefore the penalty should not exceed 8% of the value of the breached contractual obligation.

According to the decision to appeal against cassation, the SPC identified that Yen Viet Joint Stock Company must compensate for Yen Sao Sai Gon Company Limited based on the compensation rate set forth in the contract according to the judgment of the first instance court and the cassation decision was not appropriate. Compensatory damages must be calculated based on actual and direct losses in accordance with the provisions of the Commercial Law 2005.

4.3. At the VIAC, the decision on applying the liquidated damages clause is a substantive matter and will depend on the substantive law applicable to the settlement of disputes.

If the applicable laws allow the agreement of a liquidated damages clause, the principles set forth in such laws shall be applied. In the event that the applicable law is Vietnamese law and the contract has a liquidated damages clause, this clause will not be applicable, as explained above. The Commercial Law 2005 – the law governing commercial disputes – does not provide any provision on liquidated damages. Therefore, the arbitral tribunal can only issue an award requiring the aggrieved party to prove its actual losses and the violating party shall compensate accordingly.

It is justifiable to be concerned about the inadequacies of the liquidated damages clause. In such a case, lawmakers may refer to the approach of the legal system of some of the developed countries in the world. For example, under Articles 2-718(1) of the United States’ Uniform Commercial Code (UCC), the estimated damages settlement may be admissible if (i) the amount of compensation agreed upon by the parties is reasonably close to actual damage, (ii) it is difficult to prove the loss, or the application of other remedies is inconvenient or impracticable in practice, and (iii) a liquidated damages clause with high but unrealistic compensation amount will be regarded as a penalty and become invalid.

Thus, the problem in the current legal practice of Vietnam is that there needs to be a more appropriate and harmonized approach between (i) the principle of the parties’ freedom and voluntary agreement to promote the positive aspects of the liquidated damages clause, and (ii) a necessary limitation to restrict the shortcomings of the liquidated damages clause. The UCC approach is a very good example to refer to and learn from.