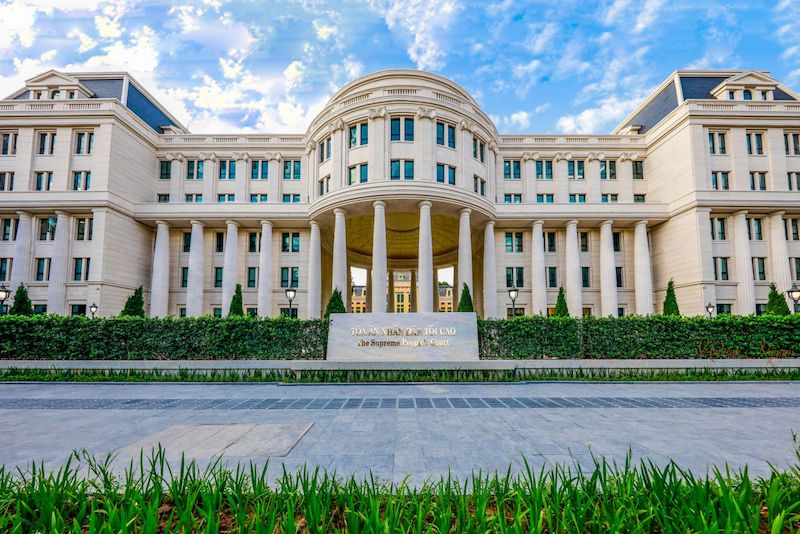 Overview
Up until now, instructive documents issued by the Supreme People’s Court (“SPC”) on adjudication activities have been, in practice, widely referred to and usually applied by judges in their adjudication procedures as well as in their trials. According to provisions under the Law on the Promulgation of Legislative Documents 2015, legislative documents can expire by replacement by another legislative document which is promulgated by the same State authority, or annulled by another document of a competent authority, or together with the expiration of the elaborated legislative document.
Recently, the SPC issued Decision No. 355/QD-TANDTC on October 8, 2021, which announced a list of fully expired legal documents in the field of the People’s Court (“Decision”). This Decision took effect from the date of signing. Accordingly, eight resolutions of the Judge Council of the SPC and six joint circulars drafted by the SPC have ceased effectiveness. Most of these legislative documents contain guidelines for the Penal Code 1999, which has now expired and was replaced by the Penal Code 2015, amended and supplemented in 2017. This comes as the main reason in which the Decision has cited the termination of these documents.
Main features
In detail, the following contents of such documents have expired:
Resolution No. 01/2001/NQ-HDTP dated 15 March 2001 guiding the evaluation of the seriousness and harmfulness degree of crimes, which provides the basis for determining crimes and punishments for criminals. The group of criminals referred to in this document relates to crimes of property appropriation, drugs and corruption. The group of criminals on officer positions are guided by Resolution No. 03/2020/NQ-HDTP dated 30 December 2020 instead.
Similarly, Joint Circular No. 02/2001/TTLT-TANDTC-VKSNDTC-BCA-BTP dated 25 December 2001 guiding on crimes of property appropriation under the Penal Code 1999 is no longer valid.
Several special crimes, once regulated by legislative documents from the SPC, now need instructions in new guiding regulations. Guidance on criminal liability for acts of intellectual property rights (“IPRs”) infringements issued by Joint Circular No. 01/2008/TTLT-TANDTC-VKSNDTC-BCA-BTP dated 29 February 2008 provides quantitative amounts for IPRs infringements to the thresholds of criminal liability. However, the corresponding crimes in the current Penal Code have already specified quantitative thresholds for criminal acts regarding IPRs. Resolution No. 01/2010/NQ-HDTP dated 22 October 2010 on gambling crimes under the Penal Code 1999 has expired too. However, some highly practical guidelines therein still need to be absorbed and reflected into new documents issued by the SPC for the application of the present Penal Code to be precise.
Notably, the Decision also names Resolution No. 04/2003/NQ-HDTP dated 27 May 2013 (“Resolution 04/2003”) in the list of expired legislative documents. Resolution 04/2003 includes the guiding contents for the application of law in the settlement of economic matters in the Ordinance on Economic Contracts No. 24-LCT/HDNN8 dated 25 September 1989. There are many valuable legal reasonings and findings related to null-and-void business contracts discussed and argued herein related to contract and commercial disputes. Typical circumstances are disputes over the legal status of a contractual party or the authority of a signatory, an agreement to pay using a foreign currency, and the settlement of the consequences of a null-and-void contract according to the Court.

For your interest: CREDITOR/ LENDER RIGHTS IN ISDS