Vietnam Sets Sights on The Third Wave of FDI Rebound |

Vietnam Sets Sights on The Third Wave of FDI Rebound |

Vietnam Sets Sights on The Third Wave of FDI Rebound 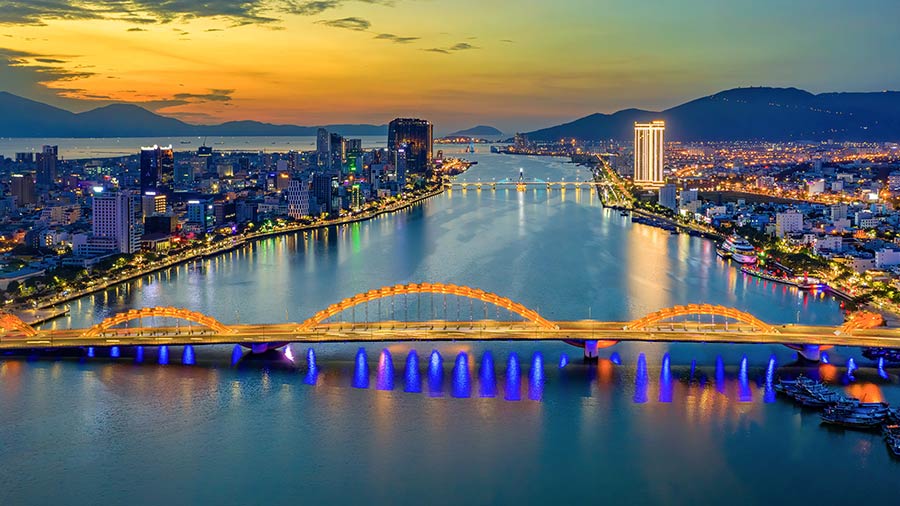 The Vietnamese economy has fared better than most during the COVID-19 pandemic and is well placed to capture renewed FDI interest. If one considers the first time the country open itself to foreign investment back in the late 80s as the first wave of incoming FDI into Vietnam, the second wave can be the incoming influx of FDI after the WTO membership in 2007. Now the US-China trade war or economic decoupling can be a milestone marking the third wave of in coming foreign direct investment seeking an alternative manufacturing base outside China.

The Vietnamese economy has emerged from the shadow of the coronavirus (COVID-19) pandemic economic comparatively unscathed and is once more looking to revitalize foreign investor interest. Vietnam was one of the few countries to actually enjoy an uptick in economic activity last year, with GDP increasing by 2.91% in 2020. The expansion has been attributed to the government’s largely successful efforts to contain the virus’ spread as well as continued economic reforms aimed at improving foreign direct investment (FDI).

Vietnam saw FDI levels shrink by 25% year on year in 2020 to US$28.53bn, an inevitable outcome when considering that the United Nations Conference on Trade and Development (UNCTAD) estimates that global FDI levels collapsed 42% last year to just US$859bn.

With the worst of the global pandemic seemingly in the rear-view mirror, Vietnam is once again looking forward to a return to growth and foreign investment.

Vietnam has been the destination of foreign investors who wish to seek alternative or additional base from China for a number of years. Currently, it is working on economic reforms and financial incentives that make it a compelling China Plus One alternative.

Long before the Sino-US trade war kicked off, the Southeast Asian country was successfully selling itself as a new destination for investment in export-orientated manufacturing. Global apparel makers like Nike and Adidas, for example, shifted their manufacturing bases to Vietnam in 2009 and 2012 respectively leading the way for tech companies to follow with big names like Intel and Samsung, Panasonic, Nokia, Microsoft and and LG et al chosen Vietnam to be their hub in Asia Markets in the following years.

Washington’s trade ware Beijing, coupled with rising labour costs in China, has only served to improve Vietnam’s offer to potential investors. Statista has estimated that manufacturing labour costs in China were US$5.51 per hour in 2018, while this figure was US$2.73 per hour in Vietnam. It does indeed make a lot of sense for foreign firms, including Chinese ones to develop their base in Vietnam to supply to China market since the two country have a free trade Agreement.

French investment bank Natixis, meanwhile, conducted a study of seven emerging Asian economies in 2018 that found Vietnam to be the most attractive manufacturing alternative to China. The bank said Vietnam’s demographics, low wages, the World Bank’s Doing Business score as well as logistics were all behind Vietnam’s competitive edge.

Tuan Phung Anh, founder and managing partner of full-service business law firm VCI Legal, told Conventus Law that the Southeast Asian nation was now a clear competitor for investment that would have historically found its way to Chinese projects.

Tuan said “Vietnam needs to be a more liberal, progressive and open economy than China if it wants to compete for FDI. While Vietnam cannot compete in terms of market size and consumer volume since we just don’t have the population and size, we must find our competitive edge when it comes investment conditions, transparency and predictability legal system and develop a globally connected market economy with strong rule of law.”

The Vietnamese has focused on in recent years in opening its market while also boosting its international trade ties. After joining the World Trade Organization (WTO) in 2007 and many regional conventional trade agreement with the US, China, Europe, Japan, Korea and most of the significant economy in the world, the country has become a member of the “new era” global free trade agreements that form the biggest trading blocks of the world today such as The Comprehensive and Progressive Agreement for Trans-Pacific Partnership (CPTPP), Regional Comprehensive Economic Partnership (RCEP) as well as free trade agreements with the European Union, Japan and South Korea.

Tuan said “International investors benefit from protections afforded by both domestic and international laws. Vietnam is now party to more than a sixty trade agreements of all size and shapes and one on the most open economy in the world.”

Tuan added “The Vietnamese government is highly committed to protecting foreign investors, so much so that domestic companies have complained that terms are overweighted in favour of their international counterparts. It’s a completed reversal to the situation in China, which is still has a lot to do ‘opening up’ to foreign investors.”

Aware that more can always be done, however, Hanoi has implemented new regulations and changes regarding business registration which is still rather time consuming with multiple steps that need to be taken and more than one license need to be obtained if for new commers.

The Law on Enterprises (LOE) 2020 came into effect on January 1, simplifying the procedures and regulations governing the creation of new businesses. The goal is to streamline the ease at which foreign and domestic investors can set up operations in the country.

With GDP growing by 4.48% in the first quarter of this year, the government is relying on foreign investment to help propel growth to its full-year target of 6.5%.

While Vietnam continues to bill itself as a logical alternative to China, the country has begun to look away beyond low-tech manufacturing to high value added and high tech sectors of the new economy, industry 4.0 and digital transformation.

With a population of slightly less than 100mn, the government understands that its ability to hold on to its competitive edge in the cheap manufacturing space has a limited shelf life.

As such, Hanoi has thrown its weight behind high-value industries such as electronics and software engineering, positioning itself to capitalise upon the fourth industrial revolution.

FDI firms accounted for 95% of electronics export revenue in the first quarter of 2021, according to Ministry of Industry and Trade data, and there is little reason to suspect that this trend will change in the coming years.

Hanoi has committed to climbing the manufacturing value chain through FDI and has been working for years to upskill its population in preparation. Vietnam, for example, launched in April a pilot project with five Australian universities to offer foreign online courses to local students. The move puts Vietnam at the forefront Asia online education system.

The Vietnamese government’s economic and regulatory efforts, coupled with the continued fallout from strained Sino-US bilateral ties, should help drive FDI towards the Southeast Asian nation in the coming years

Tuan said “The fact that Vietnam does not pursue the monopolisation of industry by state giants, local favorism or the forced transfer of foreign technology, as far as the worries about China market go, makes the country a compelling destination for highvalue FDI. The government has been working hard to build not just a worldclass investment climate but also a top tier labour pool beside a sizable local market.”